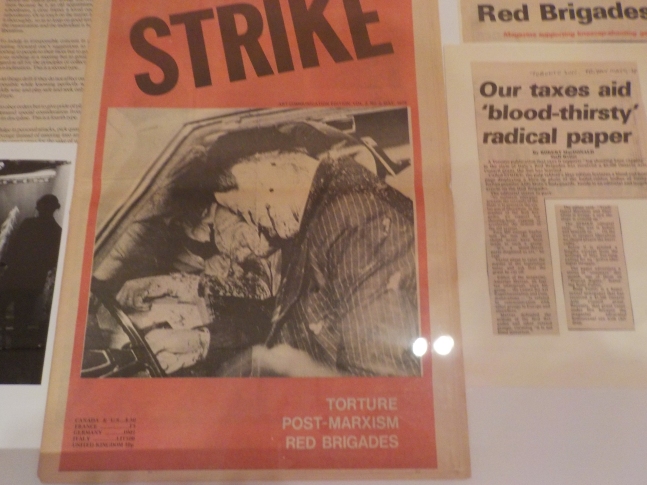 “Our taxes aid ‘blood thirsty’ radical paper” reads a Toronto Star headline from May 1978 and goes on to breathlessly detail “support for knee capping…the blood red front page…active ideological struggle…and the writings of Mao Tse Tung.”  It’s hard to square this pivotal moment in the Toronto art community with, say, a walk down trendy Queen Street West on a Saturday afternoon in 2014.  But in fact, the cheerful shopping district and cultural free-for-all tourist attractions such as Scotia Bank Nuit Blanche were forged in precisely the fires that curator Philip Monk alludes to in “Is Toronto Burning?”  But that’s another story…

1977 to 1979 was a hectic moment for the Toronto art scene.  Relatively, the cost of living was low and space was cheap.  Artists devoted most of their time to producing art and developing, debating and expounding the ideas behind it.  Participants had to take a stand…on everything, 24 hours a day.  Art and life were all mixed up and local bars, clubs and restaurants were venues for laying it out as much as the highly significant artist run centers and their related publications.  As the exhibition reveals, this intensity was not sustainable.  It quickly collapsed from internal and external pressures, to be reborn, repeatedly, in new forms.

The exhibition freezes the messy, fractious era in a svelte installation of black, grey, and blood red: the cardinal colors of the time.  The fascinating publications (yellowing and slightly dogged-eared – sometimes just pounded out on “Selectric” typewriters, and stuck together with rubber cement and tape) are laid out in elegant vitrines. 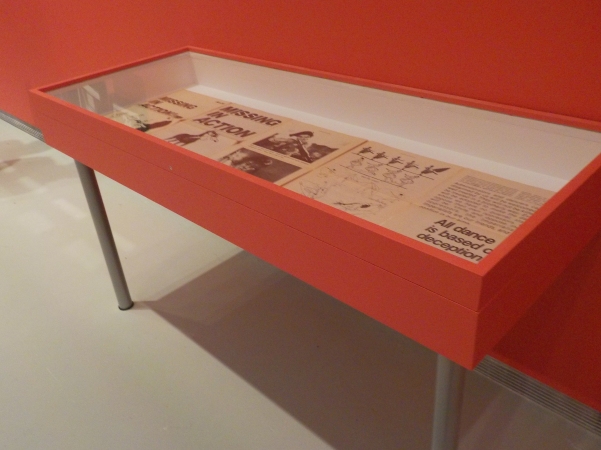 Video, mostly black and white, was the pervasive, although difficult medium of the time, and it is included everywhere in the show:  Clive Robertson decked out as Joseph Beuys; Colin Campbell, fresh-faced and eager, prancing about as the scene-making naïf; the sleek General Idea trio, dripping in irony.  (Two of my own tapes are included.  I found them drole and, well, it is odd to look at work from 35 years in the past.)

The large photo pieces, by David Buchan and General Idea, create an arch universe where the conventions of fashion, advertising and disconcerting subversion collide.

Some items are hilarious!  Carol Conde and Karl Beveridge describe Carmen Lamanna, an art dealer of the time, as an odious creature. “Lamanna pumps out propaganda, reactionary propaganda,” they hiss.

At the opening of “Is Toronto Burning?” people hung around the publications table, thumbed through the thick bound Xerox copies of numerous texts from the era and speculated on the hostilities on display.  The materials were amusing, vulgar, iconoclastic, provocative, vitriolic and on and on.  So much was packed into those three short years.  What the hell was it all about?  That’s what this show wants us to explore.

Indeed, “Is Toronto Burning?” demands a closer look and time to watch the videos (with headphones) and read the materials closely, particularly in regard to some of the work seen rarely: the CEAC documentation, Tom Sherman’s video and writings, the dance pieces by Lily Eng and Peter Dudar and Elizabeth Chitty, and work by Judith Doyle and Isobel Harry.

So I guess that means another trip to York.

There are many ways to reach York University.  Thousands of people do it every day!  Here are some landscapes you may see on the way: 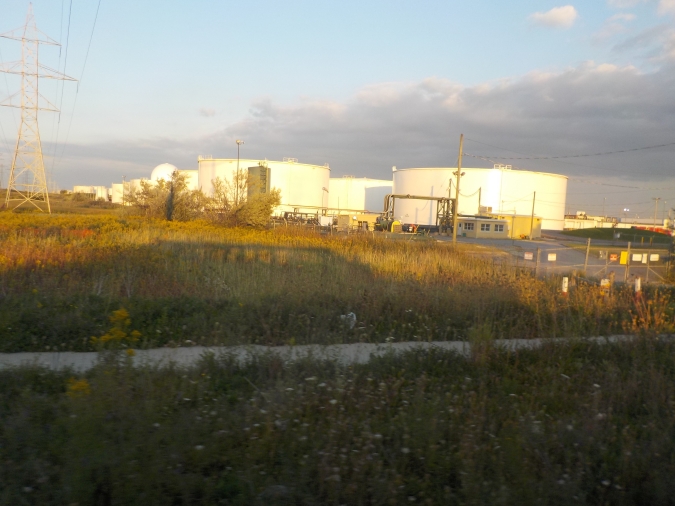 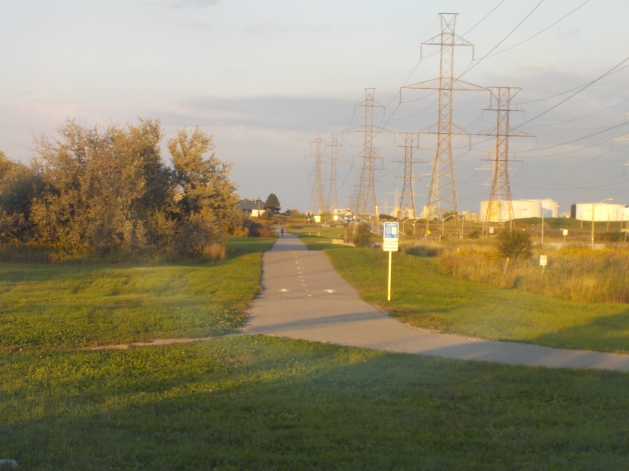 I took the Performance Bus, which was free and very entertaining, thanks to Peter Kingstone.  He dared us to sing along to the following: