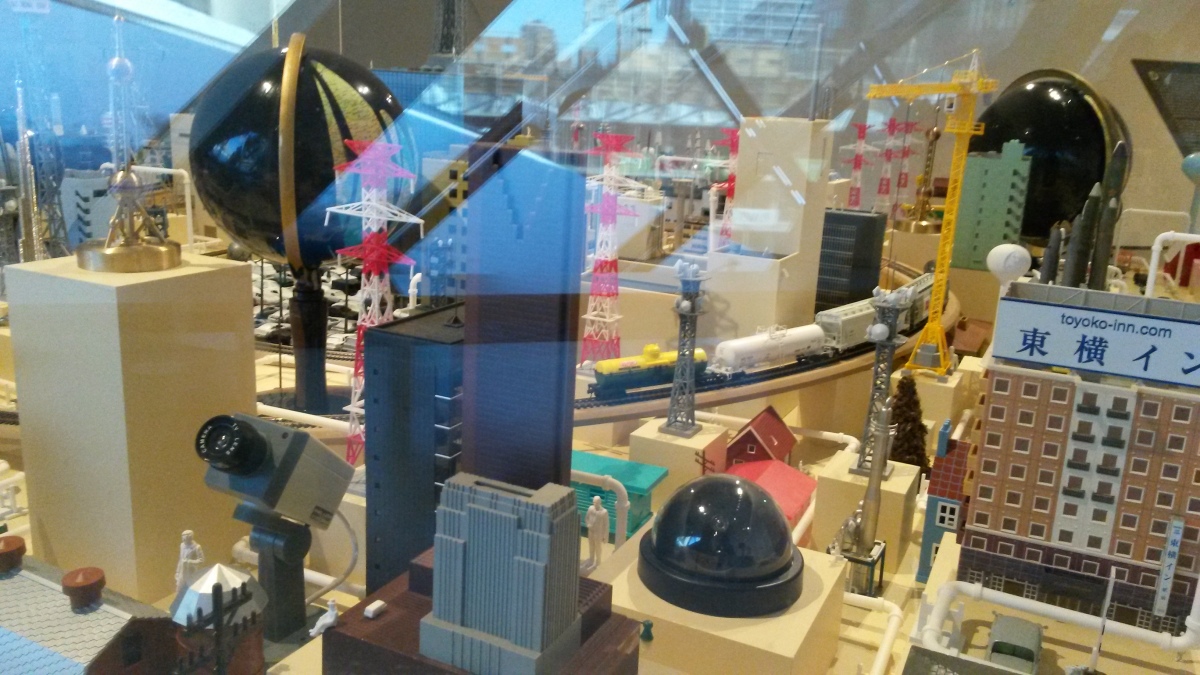 I blame Stephen Harper for the punishing Alberta Clipper sweeping down Bloor Street as, gingerly avoiding black ice patches, I hustle toward the ROM.

At the last July 1st fireworks display I attended something weird was going on.  I noticed that possibly 60% of the viewers gazed at the brief spectacle through their smart phone screens.  Apparently tons of gun powder exploding in the summer night sky is no longer the pure experiential draw it once was. For many it must be mediated through a screen. A sense of mediation through technology is one idea Douglas Coupland is getting at in his exhibition at the ROM titled everywhere is anywhere is anything is everything.

Installation view of Douglas Coupland exhibition at the ROM

The title of the exhibit suggests depersonalization, corporatization and content flattening as it raises questions about a new way to experience the world: in comfort and safety through our irresistible, glittering toys.

Some of the paintings don’t make sense at all unless they are viewed through a screen.  The painting below, if viewed without mediation, i.e. IRL (in real life!), is an awkward abstraction.  Through the phone it morphs into the familiar visage of Osama bin Laben.

Douglas Coupland’s paintings of the World Trade Center disaster, and another of a drone in flight, below, work the same way.

Douglas Coupland points to the terrorism threat as one of society’s drivers but one that is in low-gear, moving us steathily to somewhere.  Where?  His sculptural replication of the World Trade center is so banal it is shocking. 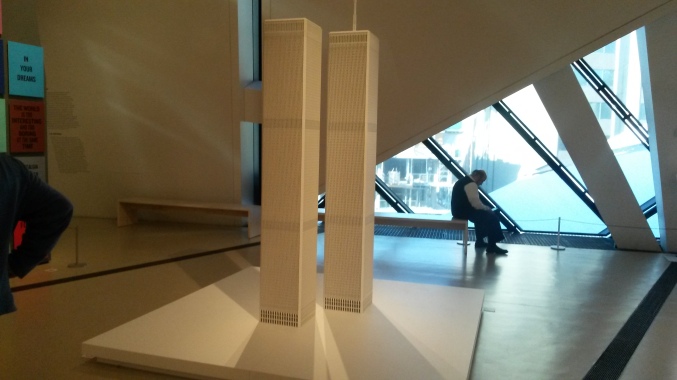 References to pop art and media devices are everywhere.  Big, colourful paintings ressurects Ben-Day dots with a Microsoft logo update and Quick Response bar codes that can be read by a smart phone. 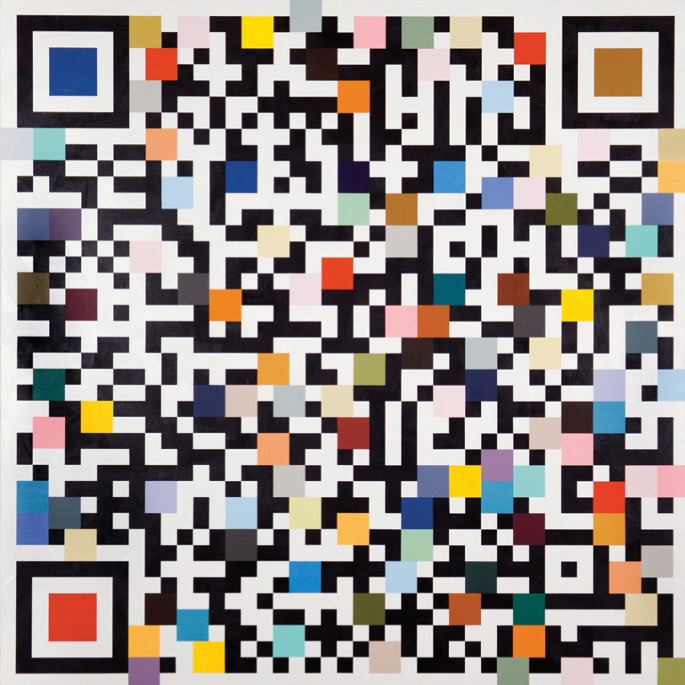 There is a Warholian coolness and disconnection through much of the show.  Douglas Coupland acknowledges his debt to Andy Warhol with a piece containing wigs flattened under glass.  The artwork has the same disturbing creepiness as the famous 1936 Meret Oppenheim fur lined coffee cup. 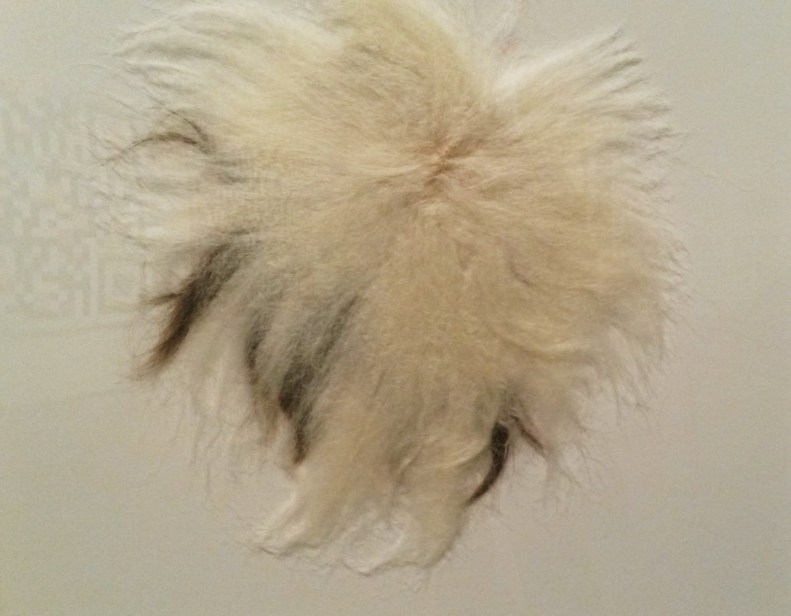 Douglas Coupland mines the Internet for pithy quotes, advertising hooks and memes of all kinds to create a wall of sentiments about what’s going on right now.  Strangely some of it already seems dated. 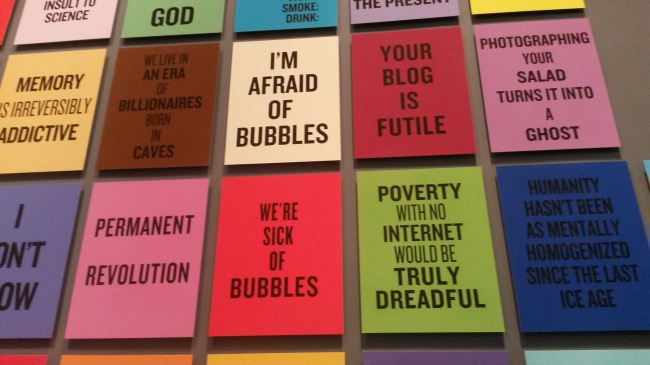 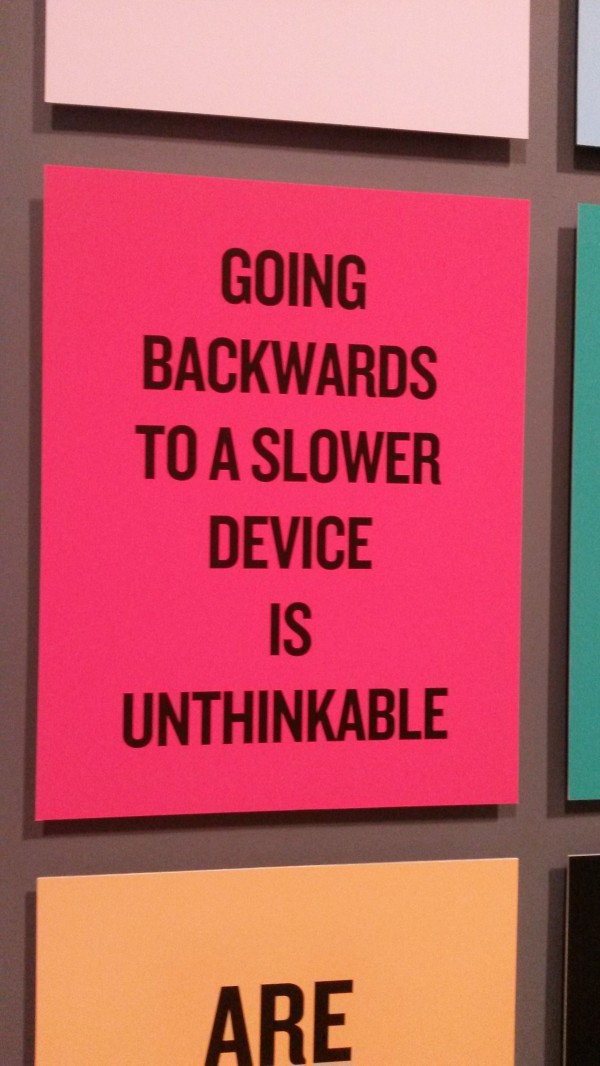 Details from Slogans for the 21st Century

For example I happen to know that right now there is nothing more coveted, among the truly style conscious, than a vintage flip phone.

The work also owes a lot to a certain Japanese aesthetic.  Cheerful, cute, bright and shiny with a dark undertow.  Think of Takashi Murakami who switches between designing bags for Louis Vuitton and creating apocalyptic visions of technological blowback.

The piece depicted below, featuring dozens of Japanese cleaning products, contains a Murakami-like ambivalence.  Douglas Coupland explains in the title card blurb that he collected the containers in a Japanese department store and dumped the contents down a drain before returning to Canada.  He then draws a link between subsequent oil spills and the Tsunami and debris from Japan washing up on the BC coast. 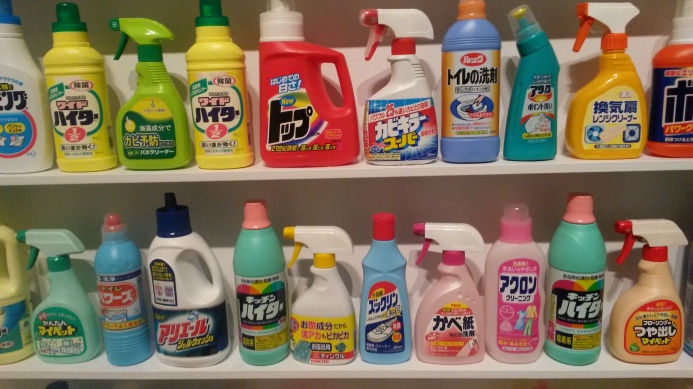 Douglas Coupland’s concrete poetry pieces are also transcultural.   Although mostly in English they have a haiku-like feel and contain a sprinkling of Japanese words.  Shinhatsubai means “new product or new model” in Japanese.

A sculptural artwork sits on a large platform and is encased in glass like an architectural model.  It’s a metropolis right out of Sim City, where for every step forward a price is paid.  It is an immensely intricate piece, glittering, lively and vigorous, but of course the sheen comes from chemicals and oil and the city is dying.

Details from The World by Douglas Coupland

The exhibition is full of thought provoking work about the past and the future and that awkward spot, the present, in which Douglas Coupland, just like all of us, is stuck.  Perhaps that fact makes us myopic, alarmist or both.  Once in a while I like to drop by the Castle Board Games on Spadina, just below College, to get enthused and optimistic about the under 20 set and about how all this will play out.  One of the entrance conditions for this cafe is that you have to turn your phone off.

Meanwhile I slowly make my way to the ROM exit.  There are many distractions. 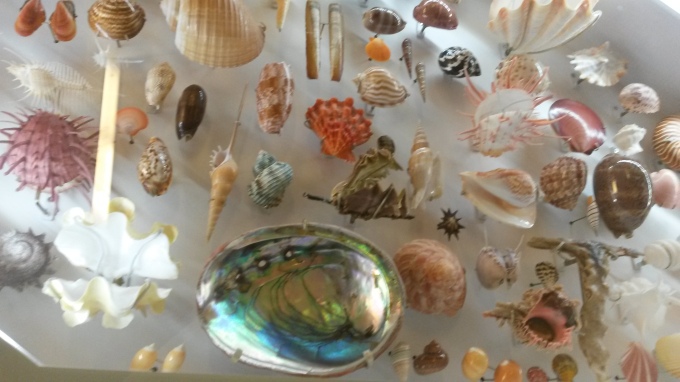 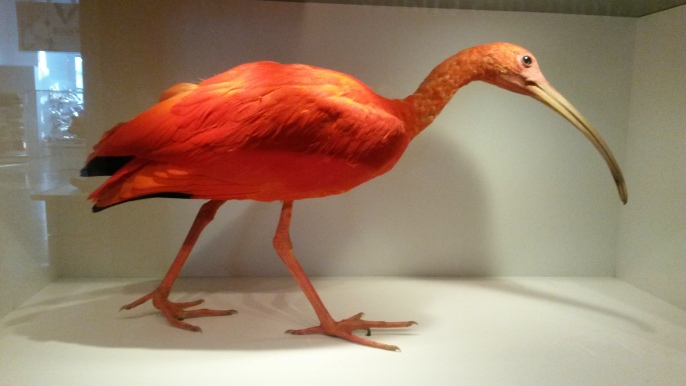